Designed over 300 golf courses around the world 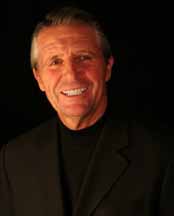 Born in South Africa in 1935, Gary Player is regarded as one of the greatest golfers ever to play the game. Called the Black Knight, he has traveled over 14,000,000 miles for golf, more than any other athlete in history.

Player began to play on the PGA Tour in the 1950s and quickly carved his legend in the annuals of golf. He is the most successful golfer in history behind Sam Snead and Roberto de Vincenzo with 166 professional wins, including nine major championships, which rank him fourth. He is considered to be one of the Big Three of Golf during the era of the 1950s to 1970s, along with Arnold Palmer and Jack Nicklaus. He is one of only five golfers to win a career Grand Slam, which he did in 1965 at the age of 29. Of the nine major championships, Player has won the Open Championship three times, The Masters three times, the U.S. Open once and the PGA Championship twice.

In addition to his legendary career in golf, Player has also designed an astonishing number of over 300 golf courses around the world for his golf design firm. Many of these courses are considered to be masterpieces of the sport, and some of the most enjoyable and challenging to play.

Gary Player has also come to Myrtle Beach to create the Blackmoor Golf Course, which features lofty pines, moss-draped oaks and lakes that dot the 18 holes. Many golfers are distracted by the beauty of this course with its amazing scenery and wildlife. Golfers who play Blackmoor should not be surprised if they see wild turkey, alligators or even deer. It is located along the Waccamaw River, giving it a serene atmosphere with the sound of the river and the breeze coming off of it and drifting along the course - making it one of the most spectacular Myrtle Beach golf courses.

Golfers who come to Myrtle Beach need to try this course, not only for its beauty and quiet setting, but also for its challenging nature that will test golfers of every skill level from beginner to advanced. A course like this is nothing short of marvelous and exactly what you would expect from one of the greatest golfers, and golf architects, that has ever lived.