A talened architect arriving on the scene over 20 years ago 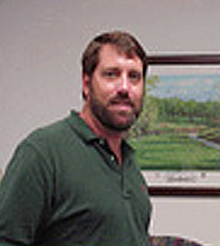 One of the most talented golf architects to come onto the scene since 1980 has been Jeff Brauer. After forming his own golf course architecture firm in 1984 in Arlington, Texas, Brauer has made a name for himself as a leading architect. The first project he ever worked on was the Kemper Lakes Golf Course, which was the site of the 1989 PGA Championship. Not bad for someone new to the world of golf architecture.


Since 1980, Brauer has been a member of the American Society of Golf Course Architects and was president of the organization from 1995 to 1996. During that time, he developed Environmental Principles of Golf to help make golf course architecture more environmentally friendly in a rapidly changing world.


Brauer's courses are well-known, including the Wild Wing in Myrtle Beach, which is a signature course that is known for each hole being memorable for its playability and aesthetics. The course makes up 1,050 acres and carries a natural beauty that is hard to believe. A beautiful feeling of serenity seems to fall over golfers who play this course thanks to its trees, waterways and wildlife. There are few golf courses that seem to become as much a part of the scenery than away from it.


Jeff Brauer is becoming one of the most respected figures of golf course architecture. With his excellent courses, environmentally friendly policies and commitment to excellence, the golfers who play his courses know they are getting the best when they play a Brauer-designed course. This makes Brauer an excellent addition to the Myrtle Beach golf community.