Designer of the Members Club at St. James Plantation 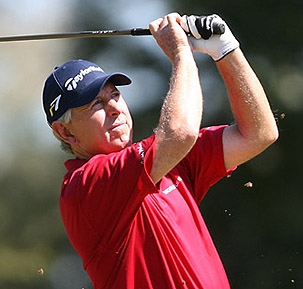 Born in 1945, Hale Irwin was one of the leading golfers for most of the 1970s and 1980s and is one of only a few golfers in history to have won three U.S. Opens. Born in Missouri, he spent his high school and college days playing football before turning to golf and winning the NCAA Division I Championship in golf in 1967.


Since his golf days ended, Irwin has also become a very well-known golf course architect, and has designed one course in Myrtle Beach called The Members Course on the St. James Plantation, one of the top golfing resorts in Myrtle Beach. Opened in 1997, it is not the top course at the plantation, but it is very player friendly and more wide open than the other courses on the plantation. It uses Bermuda greens for slower rolls and the 18-hole course, along with it's nine hole expansion have won critical acclaim from golfers of nearly every single skill level.


One of the greatest golfers of the past 30 years is also one of the best golf course architects found today. With his player friendly designs and commitment to providing a fun game of golf to those who play his courses, it is no surprise that his courses, like the Members Course, are so incredibly popular and played so frequently by golfers who are new to the game and golfers who want to have a fun game of golf for their higher skill level. Check out other Myrtle Beach golf courses as well.