Designed over 500 courses in 35 countries 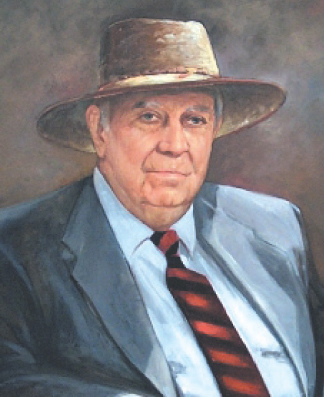 
Born in 1906 in Ince, England, Jones moved to the United States at the age of five where he took a job as the first golf professional at the Sodus Bay Heights Golf Club. He was skilled at the game of golf but health problems prevented him from tournament competition.

He attended Cornell University, where he learned about landscape architecture, agronomy, horticulture, hydraulics and surveying so he could begin his new life as a golf architect. He would go on to partner with Stanley Thompson in several Canadian golf course designs until he designed his own golf course with golf legend Bobby Jones after the Second World War.

Jones had an innovative design method for bunkers and loved to use water hazards to encourage strategy. He believed that golf should be no risk, no reward, and his golf courses show that.

In 1987, he was awarded the Old Tom Morris Award from the Golf Course Superintendents Association of America, and was inducted to the World Golf Hall of Fame that same year. He died in 2000 at the age of 94.

Myrtle Beach has the honor of being the home of one of Jones' courses. The Dunes, built in 1948, is the premier country club of the Grand Strands. After seeing the land as a lovely piece of land studded with live oaks, he would go to design a course that used the land as part of the course rather than separate from it - an excellent thought process for Myrtle Beach golf.

The Dunes Club has hosted the Women's U.S. Open, six Senior Tour Championships, as well as the PGA Tour Qualifying School finals. This is a classic course designed by the Dean of Golf Design, Robert Trent Jones, the greatest golf architect of them all. Jones also designed the Waterways, another classic of the Grand Strand and a premier course in Myrtle Beach.