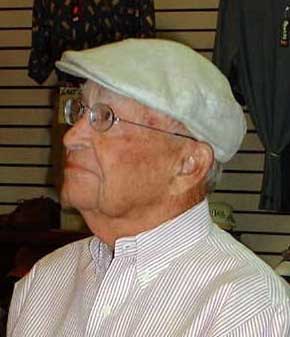 Prolific doesn't even begin to describe Willard Byrd, who is as legendary as you can get in the world of golf architecture. Over the space of 50 years, Byrd designed over 100 golf courses in the Southwest United States, including an incredible ten in Myrtle Beach alone.


Born in 1919 in North Carolina, Byrd served on a minesweeper during the Second World War, before graduating from North Carolina State in 1948 with a degree in landscape architecture. Serving as a Fellow of the American Society of Golf Course Architects, where he was a member since 1980, Byrd designed some of the best courses in the Southeast United States. Even though he passed away in 2004, his legendary courses live on in his memory.

The Meadowland's golf course is a challenge and a joy for golfers of every single skill level. This 7,054 yard, 18 hold course is surrounded by wildlife, meadows and wetlands, all of which have been preserved to ensure the golf course does not make too large of an impact on the local environment. Due to this charming character and the beauty of the course, it is often called the hidden gem of the Carolinas.

One of the first courses built on the Grand Strand is the Litchfield Country Club and Golf Course, which has been in existence for over 40 years. It is no surprise that this course was rated as one of the 50 best in the world by Conde Nast Traveler thanks to the gracious charms of this wonderful course.

The Lion's Paw is regarded as the masterpiece of Willard Byrd. The masterful layout combs through wild and untamed surroundings that challenge golfers of all skill levels, while at the same time dazzling them with the many bits of unbelievable scenery.  In 1997, this course was named the Best in Myrtle Beach by Golf Digest.

Indigo Creek is a unique course with unique holes, like number 12 that dog legs over the same creek twice. An excellent course that features plenty of water and doglegs, it was nominated for best new course in 1991 by Golf digest.

Check out the rest of the ten Myrtle Beach golf courses.