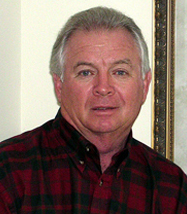 Thomas R. Jackson is a legend of golf course design in Myrtle Beach. No less than seven golf courses bear his mark as the architect of their design. For the past 30 years, Jackson has been designing and constructing golf courses around the United States, all of which are considered masterpieces of golf design.


The knowledge and skill of golf course architecture was honed in the 1960s for Jackson when he worked under two legendary golf course architects; Robert Trent Jones and George W. Cobb. Since then, he has designed 75 golf courses and formed Tom Jackson Inc. Of the golf courses he has designed, there have been several public and resort projects, as well as seven that were made specifically for government agencies. One of his courses, the Carolina Country Club in Spartanburg, is considered to be in the top 20 of golf courses in South Carolina and has even hosted two PGA Chapter Championships for state golfers.


The Black Bear Golf Club is a 72 par course amid hardwoods and pines. It is considered to be one of the most enjoyable and tranquil golf courses in Myrtle Beach thanks to the fact that it was designed with no homes nearby. Carolina Shores features 100 bunkers and tree-lined fairways, which helped it be ranked as the number one course on the Grand Strand in 1990 by Golf Course Rankings of America.


Jackson was inspired by Royal Aberdeen when he created the Aberdeen Country Club. A 27 hole course, it is one of the premiere courses of South Carolina. The River Club Golf Course is one of the most challenging courses made by Tom Jackson, but that challenge has made it one of the most popular courses in Myrtle Beach and a favorite for golfers returning to the area.


River Hills is considered the masterpiece of Tom Jackson's Myrtle Beach golf courses. With a distinct Scottish flavor, it is heavily wooded and has been greeted with acclaim since it opened in October of 1998. River Hills has received the honor of being listed as one of the top 50 golf courses in the Southeast United States by Golf Week. When it comes to golf architecture, there are few who can rival Tom Jackson, one of the giants of golf architecture.